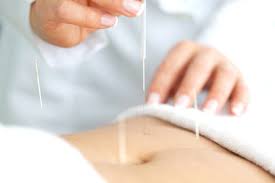 The health implications of Polycystic Ovary Syndrome (PCOS) stretch far beyond fertility and conception. Indeed, the third ESHRE/ASRM consensus, following agreements on diagnosis in 2004 and treatment in 2008, considered the wide-ranging ‘health aspects’ of PCOS, notably insulin resistance and other metabolic disorders, type 2 diabetes, cardiovascular diseases and cancers. Among the ‘pregnancy complications’ were gestational diabetes, pre-eclampsia and the birth of small-for-gestational age babies.

Just last year the largest study in the literature to date in assessing PCOS as a risk factor for the metabolic complications of pregnancy confirmed that women with PCOS are indeed at a two-fold higher risk of developing gestational diabetes than women without PCOS, at a 50% increased risk of developing gestational hypertension, and a 30% increased risk of pre-eclampsia.

The results come from an analysis of the largest inpatient cohort in the USA (the Healthcare Cost and Utilization Project Nationwide Inpatient Sample database) in which deliveries to women with diagnosed PCOS between 2004 and 2014 (14,882 patients) were compared with a non-PCOS reference group of more than 9 million deliveries. While the results appear to echo those of earlier, and smaller studies, the authors state that this study avoids much of the formers’ heterogeneity and confounding from inadequate statistical power. Thus, in their opinion these earlier studies (even a large meta-analysis from 2019) were unable to isolate PCOS as an independent risk factor for all metabolic complications of pregnancy.

First, in terms of metabolic characteristics, the study showed that pregnant women with PCOS were at baseline more obese than controls (22.3% vs. 3.5%), had greater prevalence of chronic hypertension (8.4% vs. 1.8%) and had more pregestational diabetes (4.1% vs. 0.9%). All these differences were statistically significant. There was also a higher rate if IVF conception in the PCOS women (2.4% vs. 0.1%) and more multiple pregnancies (5.9% vs. 1.5%), which seemed largely explained by IVF.

Acupuncture and herbal medicine, via their regulatory functions on the endocrine and metabolic pathways are often helpful in assisting in weight-loss.

However, in all pregnancies the women with PCOS were more likely to develop gestational diabetes, pregnancy-associated hypertension, and pre-eclampsia than controls. The adjustments controlled for age, income level, obesity, smoking and chronic disease. The study also controlled for ‘insurance type’, which was significantly different between the two groups and may explain a possibility of underdiagnosis in women belonging to lower socioeconomic groups and receiving their care through Medicaid.

Acupuncture and herbal medicine, via their regulatory functions on the endocrine and metabolic pathways are often helpful in reducing the possibility, or the severity of gestational diabetes, pre-eclampsia and pregnancy-associated hypertension.

The adjustments proved important in the findings, indicating, for example, that the two-fold added risk of gestational diabetes was independently associated with PCOS and not confounded by obesity (or other confounding factors). The author’s conclude,

“Most studies and meta-analyses suggest between a 2.5- to 4-fold increased risk of GDM in the PCOS population, with significant uncertainty about whether or not the attributable risk is from PCOS alone, or if it is related to obesity.’

Acupuncture and herbal medicine are valuable interventions when trying to reduce what is in excess and support that which is deficient.

For example, excess may be viewed as gestational diabetes, pre-eclampsia and gestational diabetes, whereas deficiency may be seen as having reduced or stunted-activity of estrogen in the follicles due to excess androgens. By increasing that which is deficient (estrogen, or estrogen activity), this will then create a more balanced ratio between estrogen and follicular androgen. This can translate into better egg quality in the PCOS patient.

Mike Berkley, is Founder and Director at The Berkley Center for Reproductive Wellness in New York.

We use cookies on our website to give you the most relevant experience by remembering your preferences and repeat visits. By clicking “Accept All”, you consent to the use of ALL the cookies. However, you may visit "Cookie Settings" to provide a controlled consent.Read More
Cookie SettingsAccept All
Manage consent

This website uses cookies to improve your experience while you navigate through the website. Out of these, the cookies that are categorized as necessary are stored on your browser as they are essential for the working of basic functionalities of the website. We also use third-party cookies that help us analyze and understand how you use this website. These cookies will be stored in your browser only with your consent. You also have the option to opt-out of these cookies. But opting out of some of these cookies may affect your browsing experience.
Necessary Always Enabled
Necessary cookies are absolutely essential for the website to function properly. These cookies ensure basic functionalities and security features of the website, anonymously.
Functional
Functional cookies help to perform certain functionalities like sharing the content of the website on social media platforms, collect feedbacks, and other third-party features.
Performance
Performance cookies are used to understand and analyze the key performance indexes of the website which helps in delivering a better user experience for the visitors.
Analytics
Analytical cookies are used to understand how visitors interact with the website. These cookies help provide information on metrics the number of visitors, bounce rate, traffic source, etc.
Advertisement
Advertisement cookies are used to provide visitors with relevant ads and marketing campaigns. These cookies track visitors across websites and collect information to provide customized ads.
Others
Other uncategorized cookies are those that are being analyzed and have not been classified into a category as yet.
SAVE & ACCEPT