Does a vegan diet improve fertility? 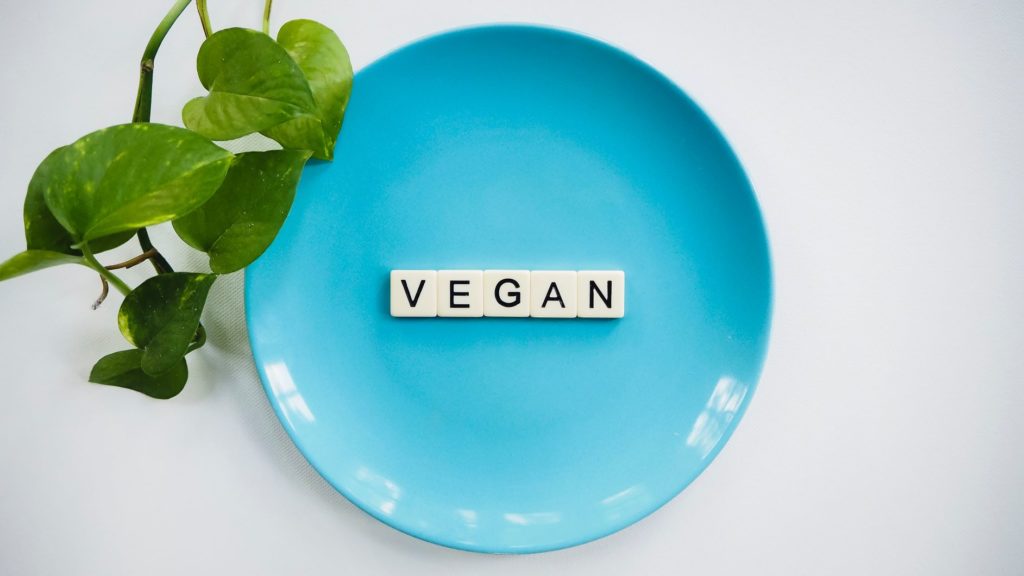 Does a vegan diet improve fertility?

One of the most common questions I am asked as a fertility dietitian is whether going vegan can improve fertility.

So, is going vegan a good idea if you are trying to enhance your fertility and chances of conceiving? Let’s get into the pros and cons.

As a dietitian, I am NOT going to be the one to complain about eating more plant foods including:

These all provide essential nutrients for fertility including antioxidants to help fight inflammation, fibre, B vitamins including folate which is key for preventing neural tube defects in early pregnancy and is found in fortified breads and cereals and dark green leafy veggies. Nuts and seeds provide healthy fats and a range of minerals including zinc and selenium. Legumes and beans provide plant-based protein, zinc, magnesium, B vitamins and plant-based iron – critical nutrients for men and women when trying to conceive too! So there are definitely upsides to a vegan diet!

You can read more about why these nutrients are important in the pre-conception period here. 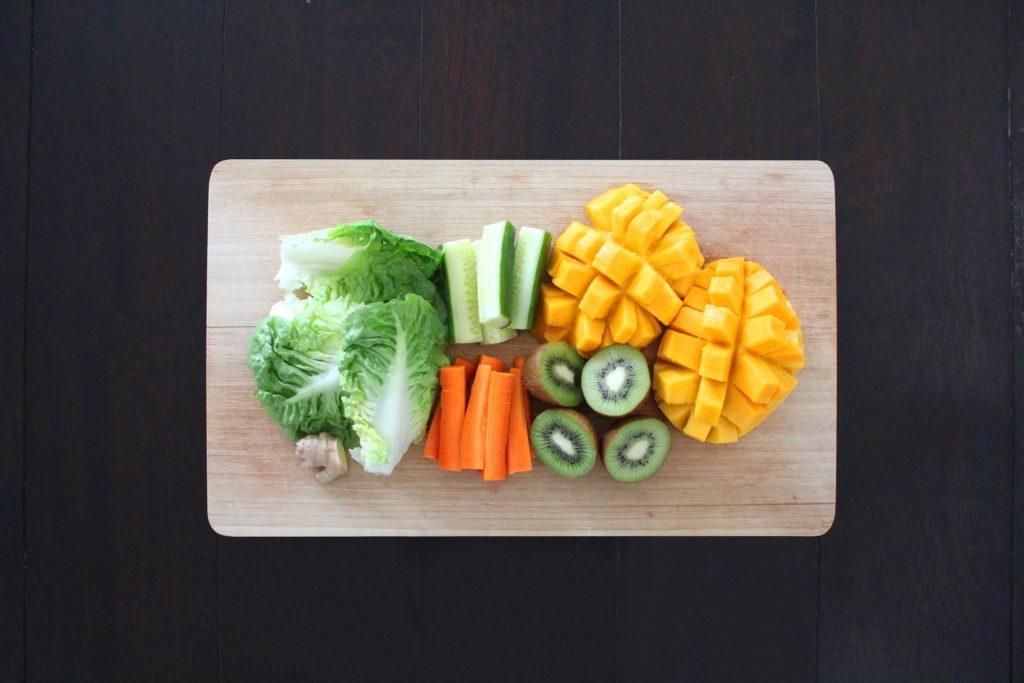 A vegan diet, by nature, is focused more on plant proteins from beans, legumes, tofu, tempeh, nuts and seeds as well as wholegrains and plant-based milks. Many people actually forget that foods such as bread and pasta do offer some protein to the diet too, in fact a single slice of seeded bread can provide up to 4 grams of protein per slice!

Worried about soy and your hormones? Get the facts here.

Research in the fertility nutrition space has shown that even just 5% of the total calories (FYI that’s 25 grams of protein in a standard 2000 calorie or 8700 kJ diet) being from vegetable protein over animal protein, reduced the risk of ovulatory infertility (Chavarro et al., 2011)!

So it looks like it is worth even just borrowing this little nugget of information and incorporating more plant foods for fertility, without necessarily going fully vegan can be a positive first step!

One of my favourite parts of a well-planned vegan diet is the abundance of dietary fibre that’s on offer! From fruits, veggies, wholegrains and legumes and beans the opportunity to meet the 25-30 gram per day target becomes much simpler with the abundance of plant foods on offer.

The benefits of getting enough fibre are numerous from feeding the gut microbiome with prebiotics to keep the gut bugs healthy, to keeping you regular which is key for removing any hormone waste products leaving the body – obviously important for optimal fertility.

A high fibre diet has also been shown to be beneficial for endometriosis as it can help lower oestrogen levels in the body which can contribute to endometriosis growing (Gaskins et al., 2009).

I hear you thinking, “well sounds pretty good so far, maybe I should be going vegan for my fertility?”, here’s the cons (for balance) for you to consider before taking the plunge:

Just like any other dietary pattern with some level of restriction, there is a risk of nutrient deficiencies. This can be absolutely critical during the lifestage where you are thinking about becoming pregnant and nutrient demands are increasing to support you and your baby throughout pregnancy and breastfeeding.

Here’s a brief run down for the nutrients you need to be mindful on when following a vegan diet:

IRON // An essential nutrient found in the centre of every red blood cell circulating in your veins, in charge of moving oxygen from your lungs to all your tissues (pretty critical stuff) . 🥫 Women need 18 mg of iron each day whilst men only need 8 mg, and this only increases if you're very active, have heavy periods (more losses) or are pregnant! . 🥩 Most women struggle to keep up with their iron needs, but some smart meal planning can help boost it, here are some great animal-based and plant-based sources of iron: . 🥩 Beef 🍣 Salmon 🥫 Tinned tuna 🥫 Kidney beans 🥣 Fortified breakfast cereals like Weetbix or AllBran 🌿 Tofu . 🤔 Remember, the animal-based sources are better absorbed, whilst the plant-based soruces are not but combining with a source of vitamin C (go back a few posts to read about the best sources) can help with absorption! . 🤰 You want to ensure your iron is within range on your bloodwork before trying to conceive to ensure you're not behind the eight-ball when it comes to pregnancy where demands only increase! . 👇 When was the last time you got your iron checked?

IODINE // A critical nutrient during pregnancy to help support Mum's thyroid function and support baby's growth and development. . 🤰 As I always say, eat like you're pregnant when trying to conceive so loading up your plate with these iodine rich foods is a good idea when #ttc . 🌿 This nutrient is especially important if you're vegetarian or vegan! . ✔️ Seaweed – rich in iodine kombu has the highest iodine content giving you nearly 2000% of your daily iodine needs (whoah!) followed by wakame (about 44%) then nori (10-30% of your daily needs when TTC) . 🦐 Prawns and seafood are rich in iodine too! Load up on seafood twice a week to help get this nutrient in! . 🥚 Eggs especially the yolk, can be a good source of iodine whilst boosting the protein in your meal! . 🥫 Canned Tuna is a convenient source of iodine perfect for work lunches! Choose brands with smaller fish and with higher omega-3 content! . ✔️ Iodised salt – whilst most of us eat way too much salt. Switching the salt you do use in cooking to Iodised varieties can vs a simple swap, and look at how much salt is coming from processed foods, sauces and canned foods too and choose reduced salt varieties! . 🍞 Bread in Australia is made with Iodised salt and is one the key sources in our diets that protects women with unplanned pregnancies that may not be taking a prenatal supplement. . 👇 What's your favourite source of iodine?

Once you get started on a vegan diet, you may start noticing “oh hang on a second, chips are vegan, this coconut ice-cream is also vegan, and this fizzy drink too!” – you get the picture. Instead of focusing on what we call core food groups, the label of “vegan” gets us all excited and validating any food choice under the sun.

We know that minimising sugary drinks and processed foods is important when trying to conceive (Hatch et al., 2018).

Now, this isn’t to say you can’t enjoy these foods just like anyone else! But just like any dietary label, don’t let it make you blind to the other properties of the food and what they really have to offer for you.

With the rise of plant-based meat alternatives, we need to really keep these processed foods in check as they have been shown to be high in salt and may not be as healthy of an option as they appear on the surface.

Unfortunately, at this time, there have not been any specific studies comparing the fertility of those following a healthful vegan diet versus those following Australian dietary guidelines or something similar, so it is hard to know the direct effect of a vegan diet on fertility. Just because the evidence is lacking it doesn’t mean it wouldn’t be of benefit, but it doesn’t give us any guidance. 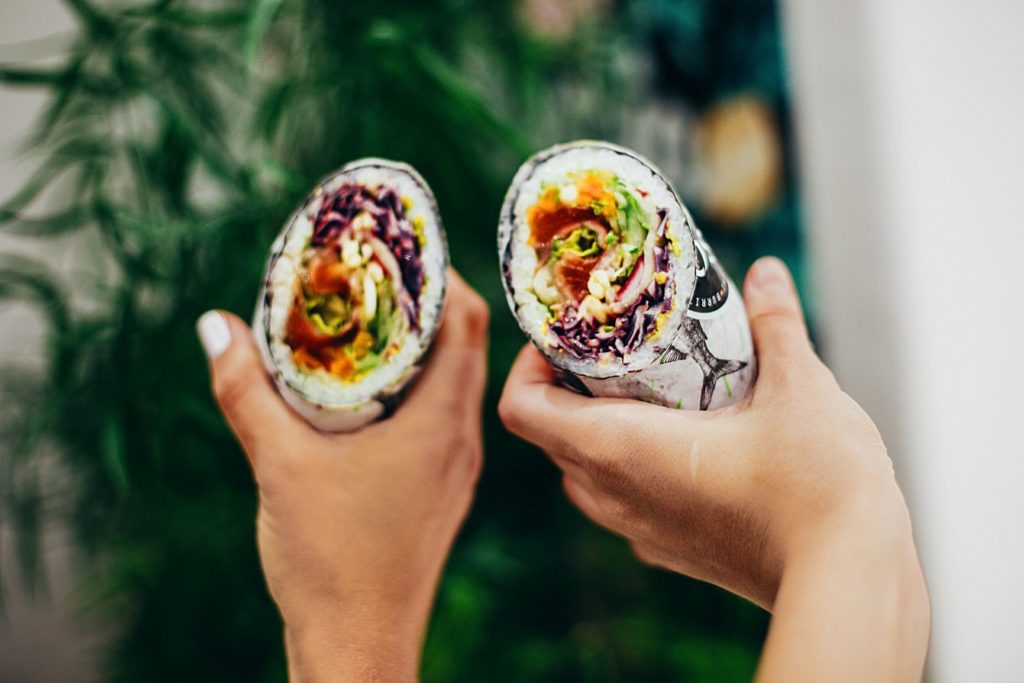 I support many women trying to conceive and pregnant who choose to follow a vegan style diet for a variety of other reasons and it is definitely do-able with great planning, expert advice and support!

Book yourself in for a FREE 15 min discovery call and let’s talk about planning a well-balanced vegan, vegetarian or plant-based diet to support you before pregnancy.